De Hypotheker is one of the biggest mortgage providers in The Netherlands. They became well-known through their advertisements in which "Jazeker, de Hypotheker" (meaning "of course, de Hypotheker") is suddenly heard loudly over the speaker. A recurring topic in the ads was people expressing difficulties or worries they were having with taking out a mortgage. The commercials ensured that people knew the brand name but, De Hypotheker wanted more; conversion. For this, they asked for our help to research which proposition would be the most effective.

What's the most effective proposition for our communication?

How is this researched?

The respondents saw 14 adcepts in the MRI-scanner. An adcept is the combination between an advertisement and a concept. At the same time, the brain activity of the respondents were measured for the 13 relevant emotions and brain dimensions for consumer behaviour, such as Desire, Trust, Fear and Danger. In this way, we can measure whether each proposition has a good balance of positive and negative emotions. To promote certain behaviour, it's important that more positive emotions are activated than negative ones. See a selection of the propositions below. 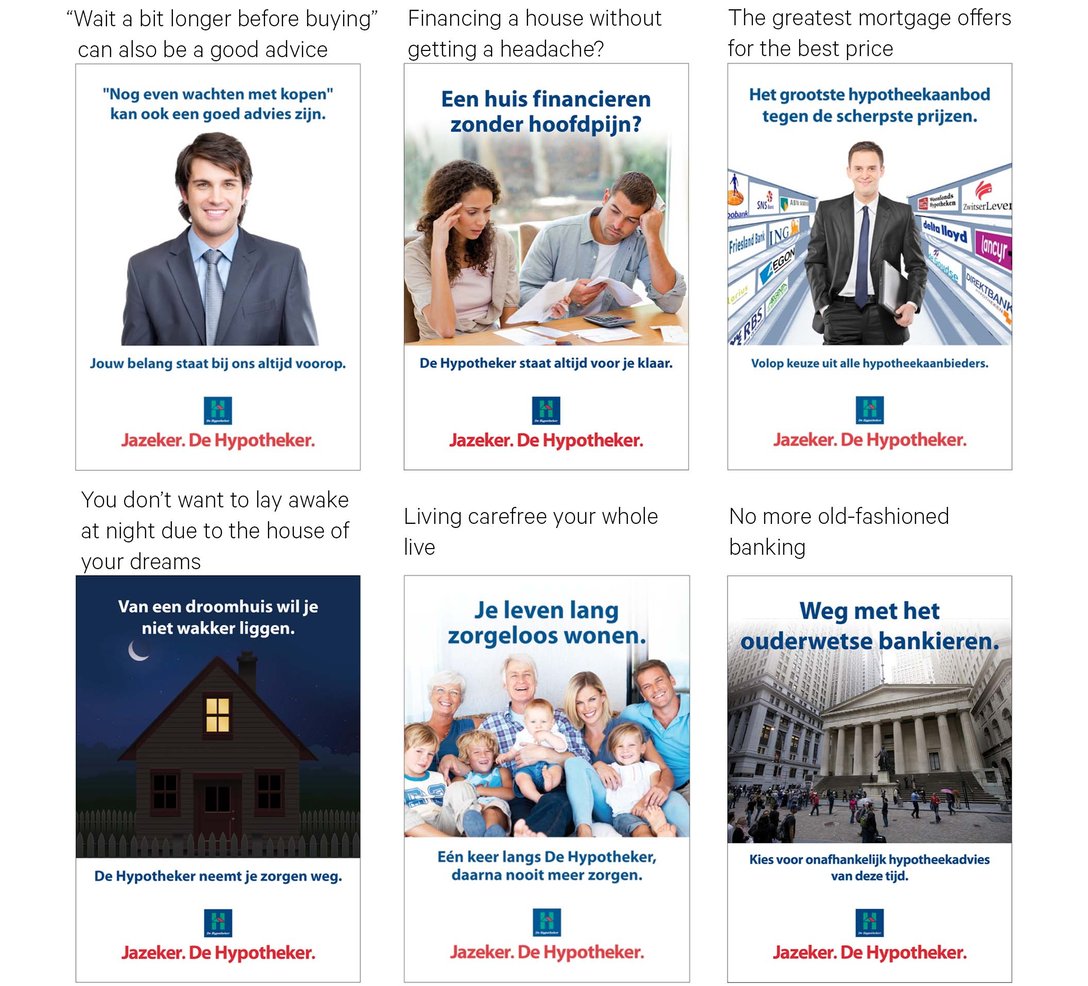 The fMRI results showed a clear pattern: adcepts with a positive approach activated more positive emotions than negative ones and a strong feeling of Involvement. As mentioned earlier, the activation of positive emotions is important to activate desired behaviour. The best-scoring propositions are divided into three categories: "Greatest offer, sharpest prices", "Carefree feeling" and "Best service". 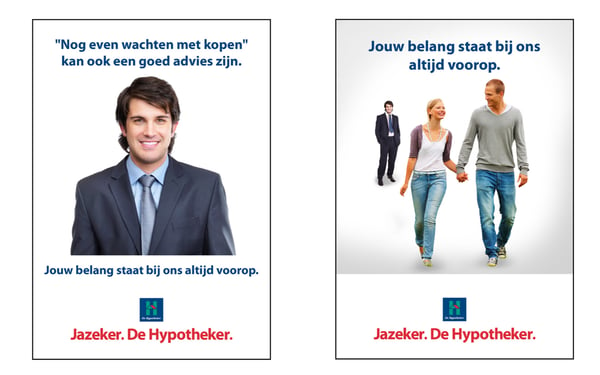 The above propositions show De Hypotheker in a good light:

1. De Hypotheker has a good price-quality ratio.
2. Offers certainty.
3. Puts the interests of the consumers first.

This form of communication activates positive emotions and results in a strong feeling of involvement in the consumer.

The poorly-scoring propositions fall into two clear categories: "De Hypotheker sets itself apart from other banks" and "De Hypotheker as a care provider". 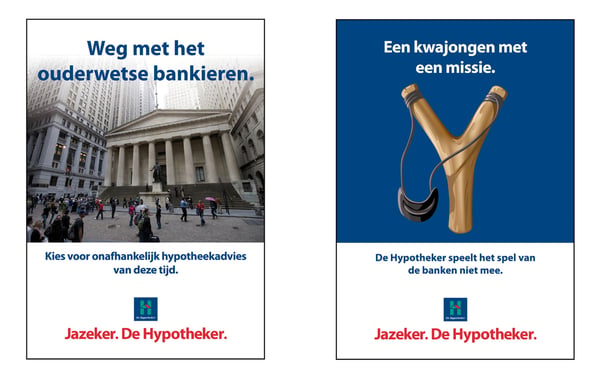 The poorly-scoring propositions communicated negative associations that people have with taking out a mortgage. Although the message is understandable at a conscious level, we see that unconsciously, negative emotions are activated in the brain. Many people already have negative thoughts and feelings about taking out a mortgage (sometimes even when they already have one). Therefore, this doesn't need to be re-emphasised in the propositions. People are actually looking for a solution to these negative feelings. Even more so, the negative feelings that are experienced could become associated with De Hypotheker, ensuring that people will stay far away from this brand.

To promote the desired consumer behaviour, we advised De Hypotheker to direct their communication towards positive associations and emotions. Communication that activates negative emotions unconsciously extends towards the brand itself. In fact, it doesn't activate the consumer. It can even lead consumers to avoid the brand; you want to steer clear of whatever gave you a negative feeling.

From the research, we found that the consumer finds great offers and sharp prices important, and that they expect certainty and great service from De Hypotheker. Our advice was also to direct their communication towards these aspects.

After the research, De Hypotheker's advertising agency got to work using our input. In the new ad, they focused on a positive approach and a carefree feeling. We tested this tv ad in the MRI-scan and it scored highly on the following positive emotions: Lust, Desire, Expectation and Value and scored low on negative emotions. This emotion score indicates that the advertisement is capable of promoting consumer behaviour. Read more about this here.

What's the ideal customer journey when taking out a mortgage?